It could have been much worse

But it should have been better

There’s a disturbing trend in the fire service today.

“It would have burned down anyway, it’s not like there was anything to save.”

“It’s okay you missed the tube.  The guy was dead anyway.”

“Don’t worry about it, it wasn’t as bad as it could’ve been.”

It’s when we excuse bad things because they’re not as bad as worse things.

It’s when we justify sloppy work.

It’s when we rationalize bad judgment.

It’s when we defend poor leadership.

It’s the idea that we should tolerate substandard performance because it’s better than abysmal performance.

It is through cognitive biases like these that we normalize firefighters who can’t quite throw a ladder, paramedics who can’t accurately read an EKG, company officers that can’t really lead a training, and chiefs who can’t actually manage an organization.

The training chief of a neighboring department once said: “Never confuse a lack of failure with success.”

My own chief says “Every fire will burn down to your size eventually.”

All fires go out, all bleeding stops.  Every incident stabilizes itself if you’re slow enough.  Sometimes the fire goes out despite your efforts, not because of them.  Don’t fall into the trap of giving yourself credit for an organic outcome.

I double dare you to listen to your next AAR and call it out when you hear your brothers and sisters rationalizing poor performance.  We all do it.

It’s the slippery slope, the normalization of deviance, the road to ruin.  You can’t learn from mistakes you won’t admit you’ve made.  When we sugarcoat our imperfections, we deprive ourselves of the opportunity to grow.

I'm a small town, values-driven family man.
I like to learn things, and I like to teach things.
I like to read, cook, play music and play outdoors.
I enjoy yoga, guns, music, tea, dancing, hiking, and enriching conversation. 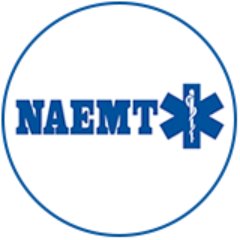